I took a little stroll around Over-the-Rhine today 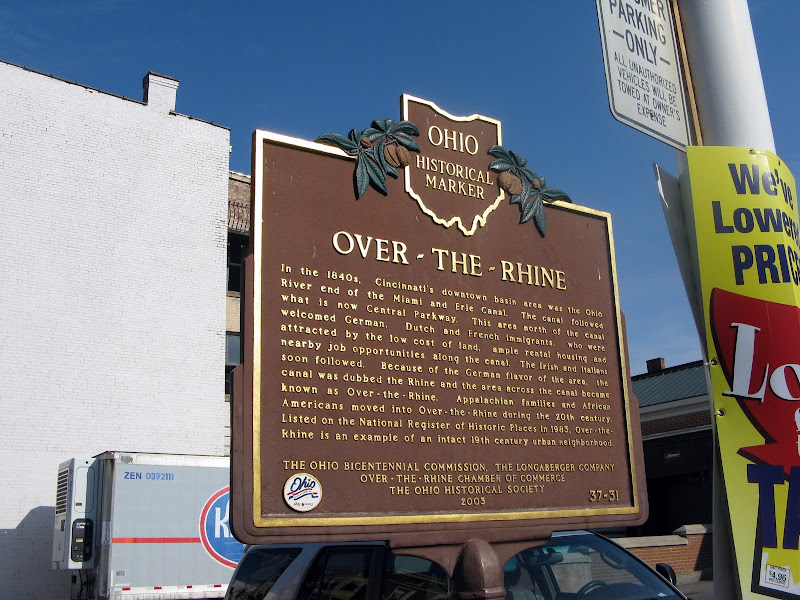 There was a friendly guide to show the way 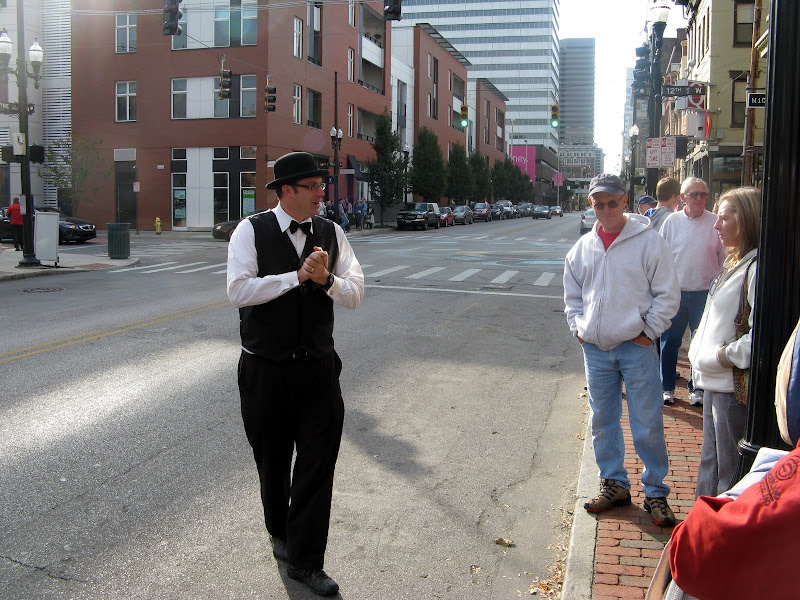 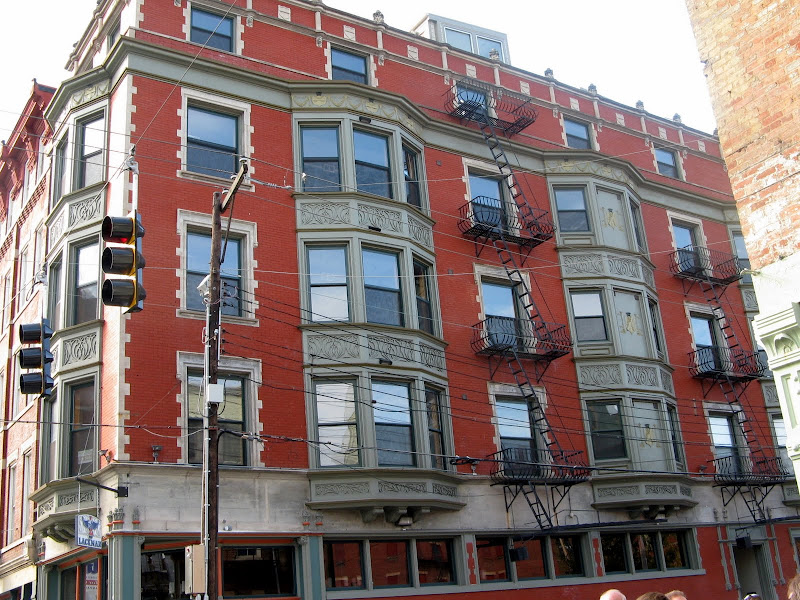 The second floor of what used to be The Warehouse, it was once a grand beer hall known as "The Cosmopolitan" 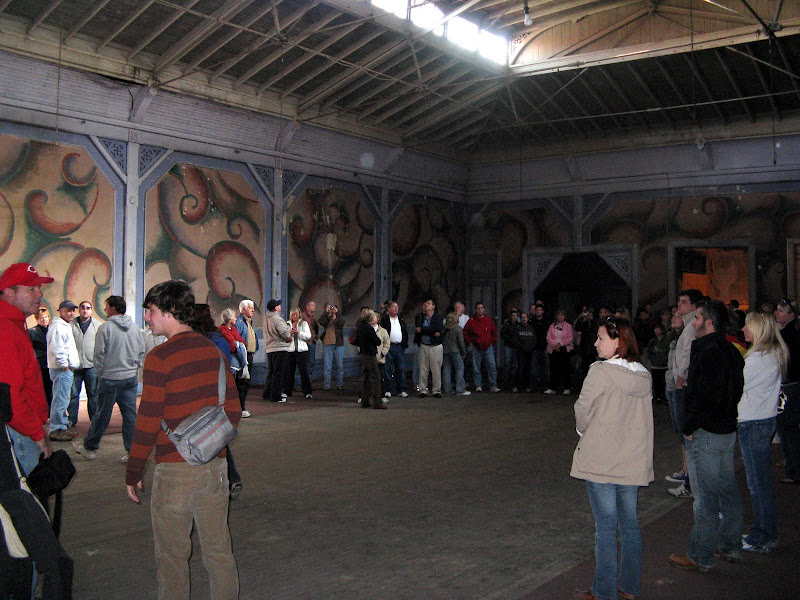 George "Boss" Cox once ruled the city from here. One of his cronies, August Herrman, is known as the Father of the World Series. The idea was born right here. 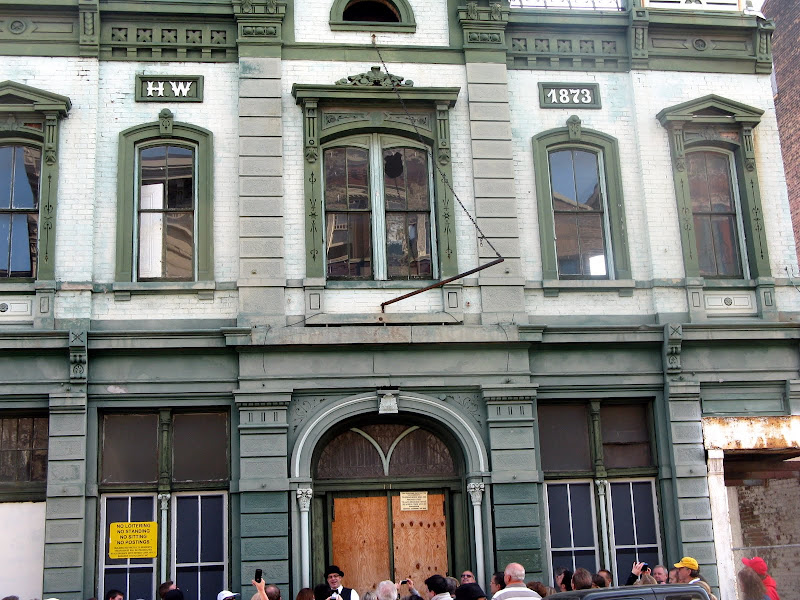 The facade on what used to be the Kauffman Brewery. Those are hops, you can't have beer without hops. 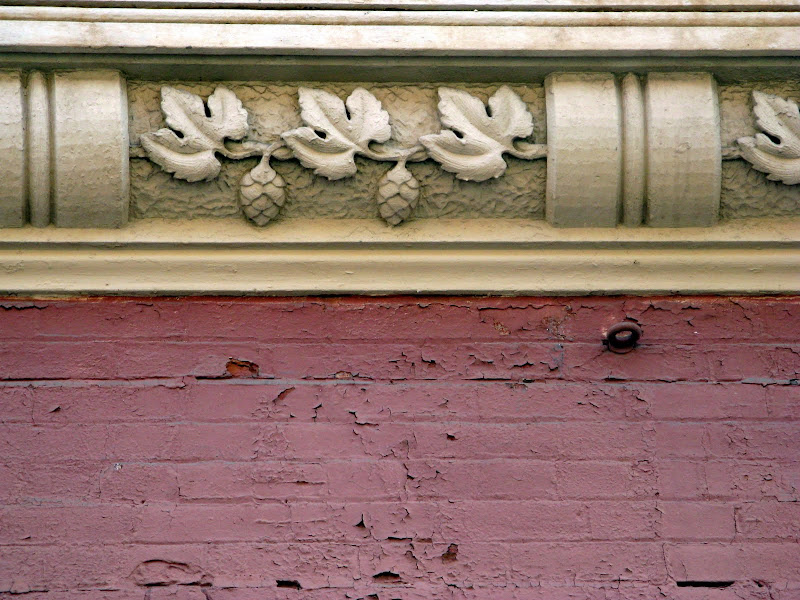 The tunnels; they were blocked off in 1919 when the Kauffman Brewery closed because of Prohibition. They were a connection from the lager cellar to the brew house. 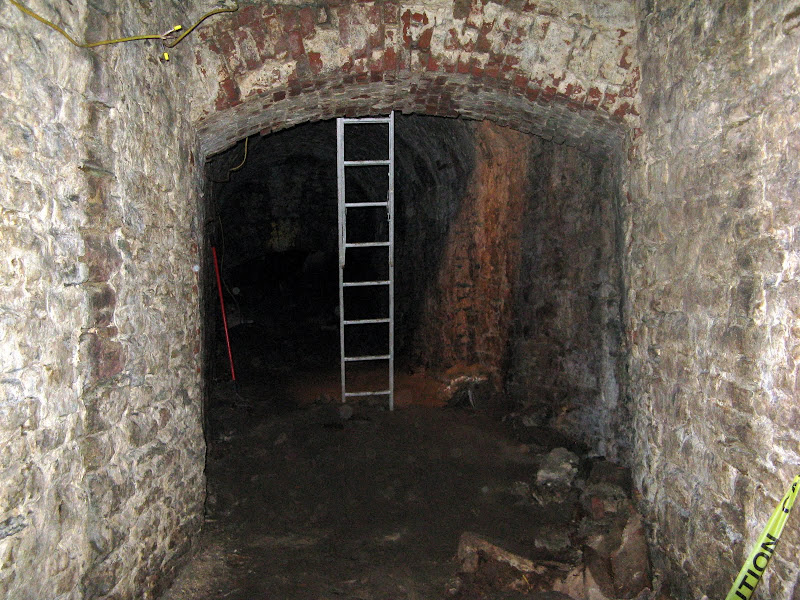 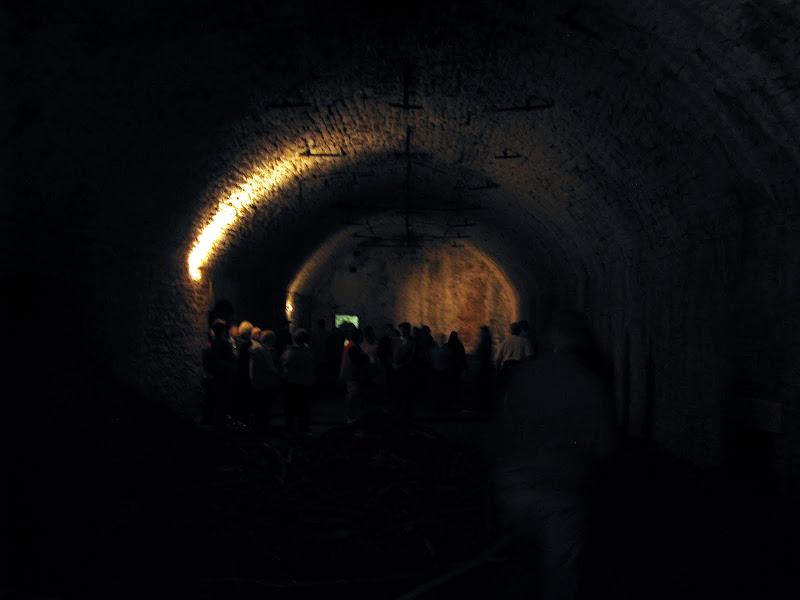 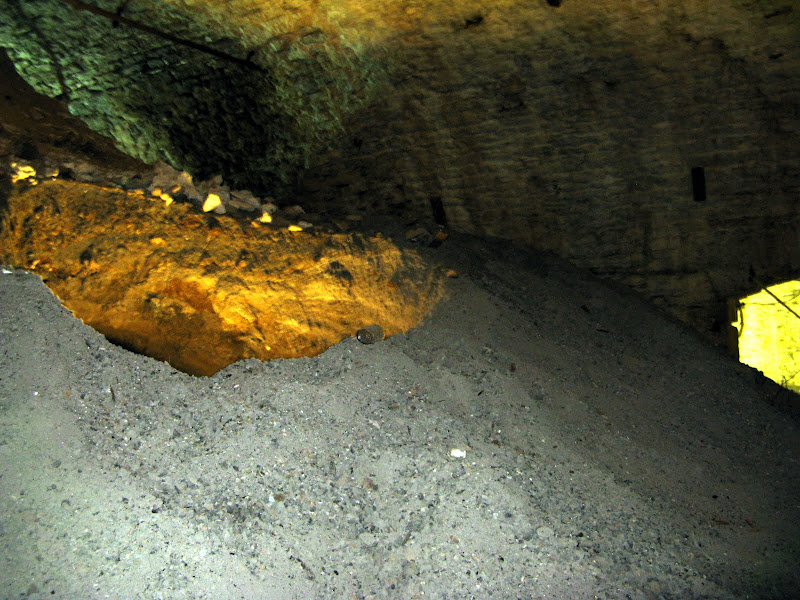 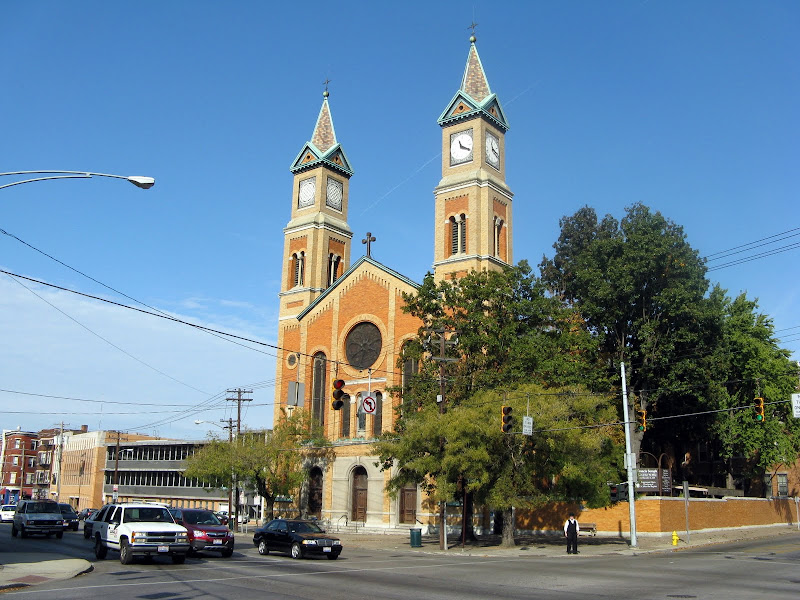 Underneath the old church is a crypt with 63 graves. 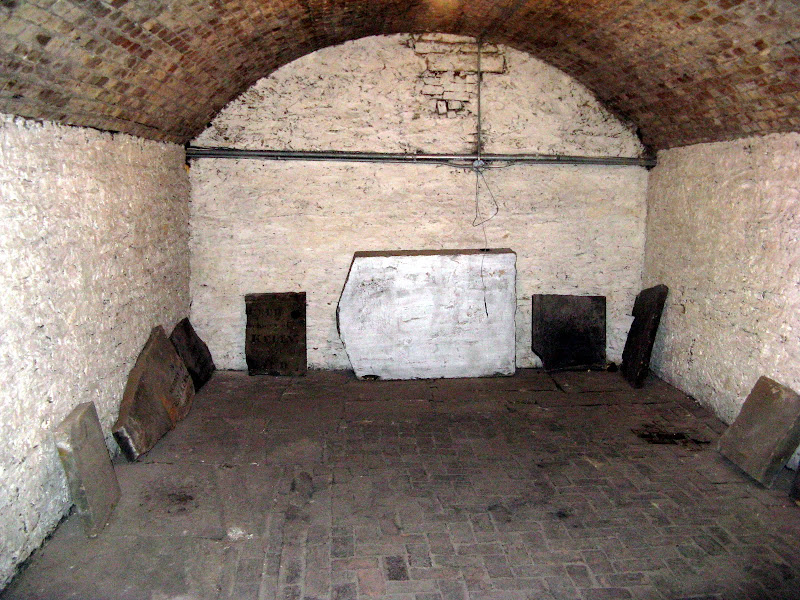 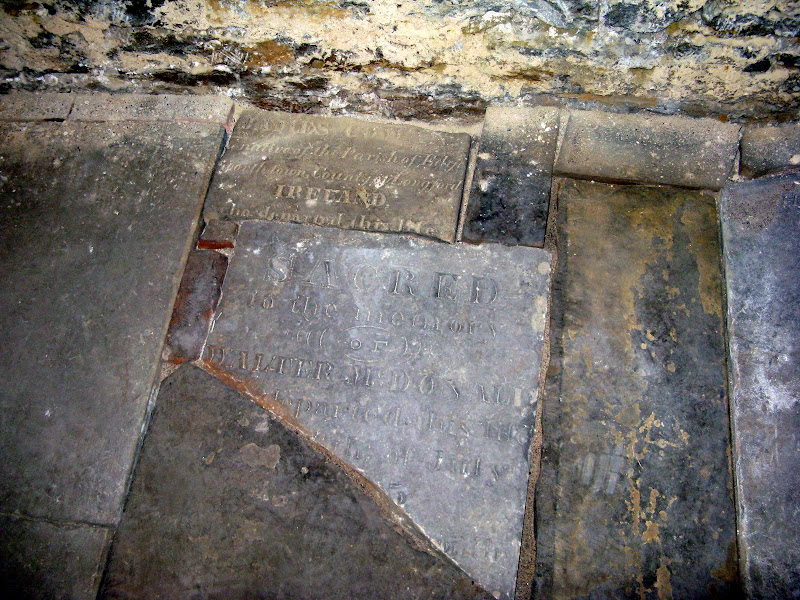 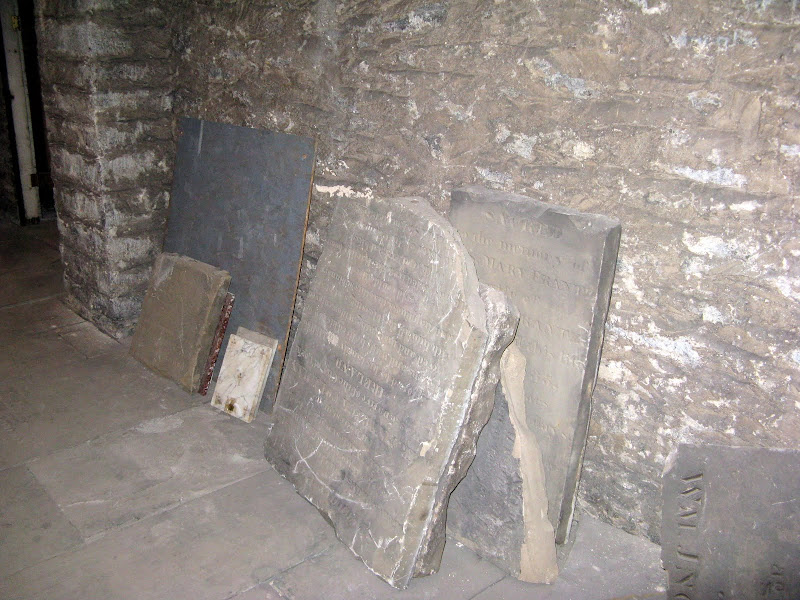 Next Saturday is the last tour of the year. If you can make it, do it! The history is fascinating. 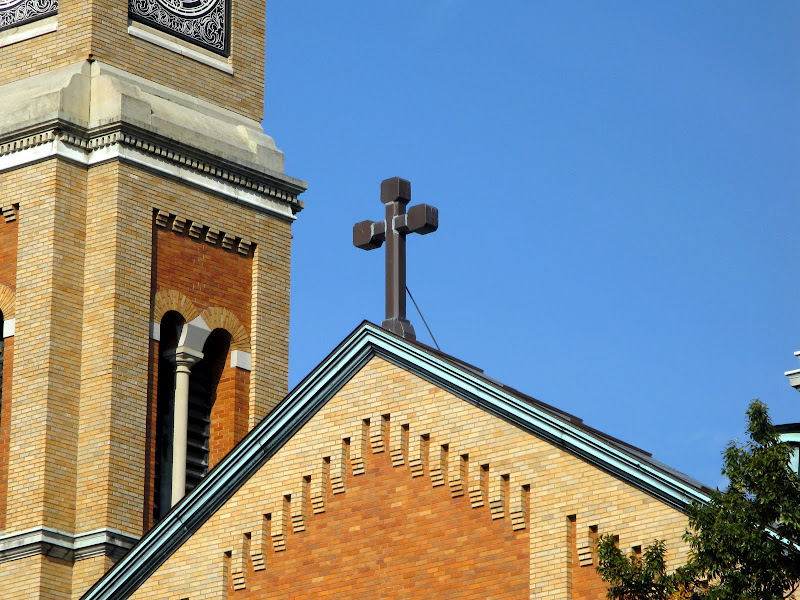 Looks like a fun tour. Also looks like they've cleaned that joint up a little in the past 10ish years.