Not Everyone Gets A Snow Day

Last week, when Washington DC was paralyzed by a snow storm, there was a group of dedicated men and women who didn't think twice about going to work in the snow. 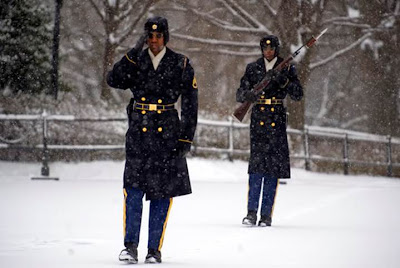 The Tomb is guarded 24 hours a day, 7 days a week.  Rain, sun, snow, it doesn't matter; The Tomb of the Unknowns has been guarded by The Old Guard Sentinels - the  3rd U.S. Infantry - every minute of every day since 1937. 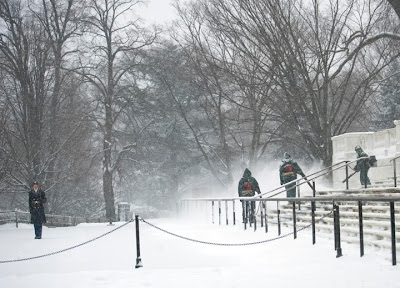 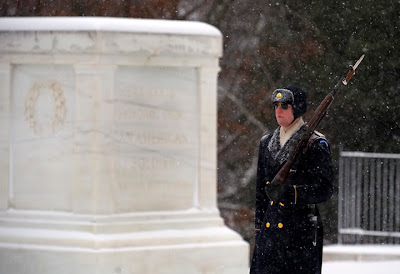 The unknown soldiers buried here represent the missing and unknown service members for four different wars. Being buried at Arlington gives these families a place to grieve and pray. 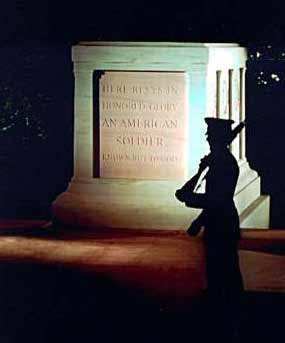 The inscription (author unknown) on the back (west side) of the tomb reads: 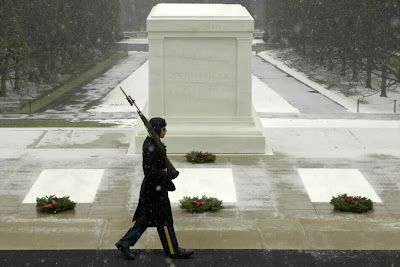 Just something to think about on our next snow day